Amy Black has been chosen as one of 24 Emerging Artists at this year’s Falcon Ridge Folk Festival.  Amy is no stranger to those of us in the Boston area.  She’s emerged on many of our stages already!  The Falcon Ridge music fans will get to experience what we’ve known for a few years now.

For more information about Amy, check out her website. 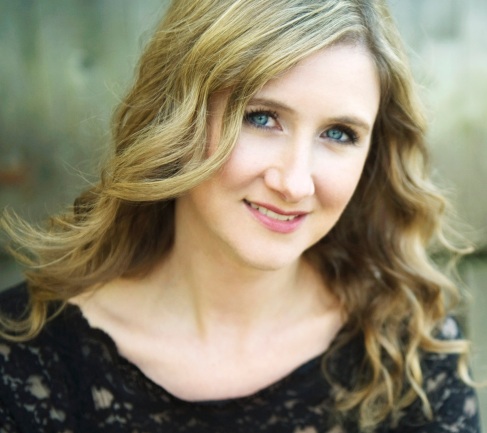 You grew up singing in high school and college.  Did you ever imagine that you’d be doing it professionally one day?

Yes, I did sing a lot back then, but, no, I never did imagine that I would do this for a living. Not sure why. It might have had something to do with my lifestyle. I was a part of a pretty tight Christian community and did most of my singing in the confines of church and there wasn’t really a career path there. And being a rocker just wasn’t option. Although I was a rocker at heart and still am. : ) I do remember one time that I told a family friend who was also a leader in my church that I had a vision for doing more with my voice — he was actually not very supportive and it definitely had a negative impact on me. I’m sure he would feel awful if he knew that. He probably had no idea! Maybe I will tell him one day.

Walk us through your creative process.  Do ideas for songs come to you at all hours of the day and night or do you make specific appointments with yourself to sit down and write?

I tend to be on the side of sitting down to deliberately write instead of writing wherever I am. I think I’m as much left brain as I am right. I’m very pragmatic. Which doesn’t always lend itself to being artistic, but I’m also imaginative and empathetic. I can put myself in someone’s shoes, for better or worse. I don’t claim to understand what people feel when I haven’t been through something, but I am able to connect pretty deeply with emotions. Once I get an idea, I may take that with me in the car and use my iPhone to record possible verses, but most of my songs to date are written all in one sitting. I may go back and tweak things later, but I usually get about 80-90% in the beginning if not more. I’m sure they’ve been brewing in there and when I sit down they come out. I think because I’ve had to balance two very different worlds — still working part-time in business and being a songwriter, it means I have to compartmentalize a bit. I look forward to the day when I will be able to have a little more freedom to focus on songwriting. I believe it’s coming. I have a feeling that my process might not change much, but I could be really wrong about that. We shall see.

You’ve mainly been the lead singer of your band but lately you’ve been starting to play guitar a bit.  How does that feel?  Are you becoming more and more confident?

Definitely. I was thrown into the fire last June when I opened for the Kelly Willis at the Birchmere in VA. I happened to have my guitar with me, but had NO intentions of playing that night. I’d hired a guy who came highly recommended. The problem was that he didn’t download my songs until 30 minutes before sound check. It was a train wreck, or I guess, it could have been. I did my best to stay calm and positive and announced to him that I would play rhythm and that he would play lead. Let me repeat — I WAS NOT READY. But I had NO choice. So I did it, and it went well. Kelly even told me after that show that it would be cool to do some more shows together. I would say my confidence was built incredibly in that on instance, on stage at the Birchmere. And since then, I haven’t looked back.

Do you have any advice for songwriters who may find that they don’t feel ready to play on stage–yet have some dynamite songs that they want to be heard?

Yes. You’ve got to get on stage. You have to do it. There is no other way. Just start on a very small stage. It could be a friend’s living room (which oddly can sometimes be harder than performing for hundreds of people). Challenge yourself. Set a date. Pick a place — an open mic is great — a very supportive environment. Performing is a muscle, the more you work it, the stronger it gets. There is no substitute. Oh, and when you get it right, if feels SO good. Totally worth the pain.

You’ve had some great opportunities of opening some high profile shows with Rodney Crowell, Chris Isaak, and the Courtyard Hounds.  Do you have any favorite memories from any of those big nights?

I remember thinking that Chris just looked like someone’s dad backstage. He had on khakis and a fishing cap. You would hardly recognize him. He was telling a lot of jokes, just being goofy. And then he gets up on stage and turns on the “sexy performer persona” and he has all the ladies crying in the front row. I have to admit, I was memorized as well. And I’m thinking, “WOW, that is amazing. That’s the same guy from backstage. What an incredible showman!” The man knows how to put on a show and he has the voice of an angel. Pitch perfect all night. I think he is channeling Elvis and Roy at the same time. Flawless performance.

When I first opened for Rodney, it was at One Longfellow up in Portland. I’m a late bloomer in songwriting, which means I’m catching up on all the good songwriters and getting to know their catalogues. I really didn’t know much about Rodney until that night. He completely blew me away. It was just him, alone on stage, with this guitar. I had never been so moved by a performer. He got right to my heart. The songs – yes, definitely, but something about him and the way he performs his music. His soul is in what he does. It’s so evident. I told him afterwards that I was inspired and he said “I hope it made you want to do better.” That was EXACTLY how I felt. It was a call higher. Since then, I’ve had a few opportunities to open for him and to get some feedback on my songs from him. And on July 18, I’m opening for Rodney and Emmylou and I’m beside myself. Honestly, I don’t think I could be any happier with an opening slot. They both mean so much to me.

What was it like being on “Music City Roots” with Jim Lauderdale?

Ha! It was fun. Jim and I kept passing each other backstage and saying hi. He’s a very animated guy. He communicates a lot with his eyes. He seems like a super nice person and as you know, he’s everywhere. He’s the busiest guy in Nashville, I’ve heard!

Something really special that night was hanging out with Skip Pitts in the green room. He is a guitar legend and at that time, he was the lead guitarist for the BoKeys out of Memphis. Skip had this cool voice – he could talk really really low. He was a total character. He told me that the cops in Memphis paid him $25 to record their voice mail messages on their cell phones. I asked if he would do mine and in all seriousness, he said, “Now you don’t tell nobody, now.” He didn’t want my band to know that he did my voice mail for free! It went like this. “You’ve reached Amy Black. She can’t get to the phone right now. Hold your horses and she’ll get back to you real soon, you diiiiig?” I kept it for a while, until my father-in-law got it one day when he called me and he started cursing when he heard the message. He thought it was a real person telling him to “hold his horses” and he would have none of that! LOL! Well, last year, I found out that Skip had a heart attack and passed away. I was sad to hear the news, but really glad that I got to know him a bit and that I got to experience his larger than life personality and his amazing playing. As he told everyone he came in contact with, “I’m the one that did the wha-wha on the Shaft theme song.” He sure did! 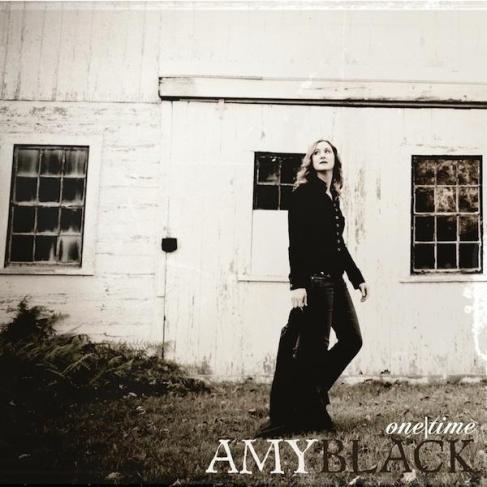 Tell us about your new CD which you just recorded down in Nashville.  How does it compare to your last studio CD, One Time?

Okay, I’m going to try to contain myself here. I just got the first round of mixes tonight and am about to go and listen. I’ve been listening to roughs that I recorded off the board speakers in the studio control room. I’m about to upgrade to the real thing. : )

The album has surpassed my expectations. I think my expectations were to be blown away and I was more than blown away with how the guys in Nashville brought my songs to life and brought out the very best in me. I did my vocal takes with the band and walked away very happy with them. One thing that pleasantly surprised me is how much soul there is on this album. That can be taken in several ways and I mean it in several ways — first of all the music is moving, it tugs on your heart and your gut and second some of the songs are just outright SOUL. I mean they could have been recorded in Muscle Shoals, AL. My family is from there and you’ll see that theme come into play. I think the guys had that in the back of their minds. Whatever happened that week, I think we all felt it was pretty magical.

The album is definitely different than One Time — as you can imagine, I think I’m growing as an artist. My songwriting is growing, my vocal abilities are finding their sweet spots, I’m continue to mature as a person and my approach to making music and doing music for a living is maturing. AND, I’m feeling very comfortable and having way too much fun when it comes to making music that I love. I’ve definitely found my home. Home sweet home.

*The Falcon Ridge judging panel changes year to year. Many thanks to this year’s panel, Carter Smith, producer of Common Ground Community Concerts in Hastings-on-Hudson NY, Dennis O’Brien, talent buyer for the Newtown Theater in Newtown PA and Kathy Sands-Boehmer, booker for the Me & Thee Coffeehouse in Marblehead MA now in its 43rd year of presenting great acoustic music.