Darlingside harken from the left side of Massachusetts but their name and their music is traveling east, north, south and further west.  For lovers of string instrumentation, this is your band.  Not only do they play a variety of strings: violin, cello, mandolin, guitar…but all members sing and harmonize.  The musical tapestry is indeed interesting.  Darlingside has been chosen as Emerging Artists at Falcon Ridge Folk Festival. Thanks to both Don Mitchell and Auyon Mukharji for taking the time to answer these questions.

Darlingside has a pretty cool website. Check out their animated photos.

And here’s a very nice video of their song “The Ancestor.”

If you had to describe Darlingside in one sentence, what would you say?  What’s your elevator pitch?

(Yeah that’s a fragment not a sentence.  You gotta start somewhere, right?)

Where did the band name come from?

We came across the phrase “Kill Your Darlings” in a songwriting class (long before that became the title of a Daniel Radcliffe movie).  Our teacher preached the willingness to discard the things most precious to you since they’re often the most “clever” and can get in the way of forward movement within the piece.  Darlingcide (like pesticide or homicide) is both confusing and morbid, so we decided to spell it DARLINGSIDE.  -DM

How did the band come together?  Did you all know each other?  Or are you a Craig’s List matchmaker kind of band?

We met at Williams College.  We were in singing groups and cover bands together, and we’re thankful we didn’t need to resort to the Craigslist quagmire.  Our friendships play an enormous role in how our music sounds, and they’re also what we lean on when the van breaks down, when we lose our voices, or when we advertise the wrong show time and no one is there to hear us (okay, the last thing never actually happens but it’s always a possibility I worry about). –DM

The cello and violin with the guitar, bass, and drums give Darlngside an edge.  Back in the day there was a band called the Electric Light Orchestra—ever hear of them?

Oh, yes.  I think that movie where Jim Carrey does a relatively good job serious (“…Spotless Mind”) re-introduced ELO to the youth a few years back with a choice “Mr. Blue Sky” soundtrack moment.  Thanks for the comparison! We’ll take “edge” wherever we can get it.  Some people think we’re too nice. -DM

Are there any musicians / bands that you have consciously or unconsciously tried to emulate to achieve a certain sound?

We don’t typically set out to sound like someone else, but we’re certainly influenced by all the artists we listen to.  That’s tricky though because we all write songs, and we all have our varying tastes in listening jams.  A few that come to mind for me: Beirut, Punch Brothers, Fleetwood Mac, Arcade Fire, Fleet Foxes. 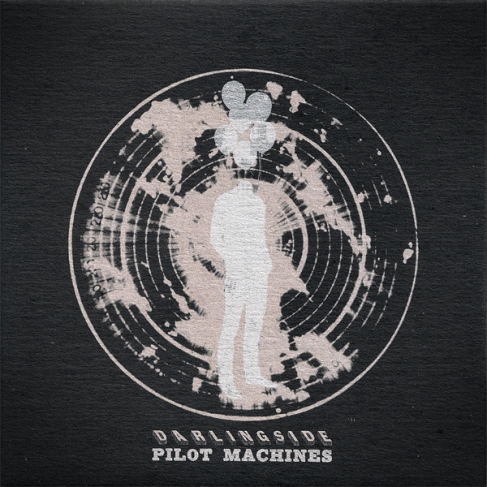 The greatest lesson I learned over my year abroad was that music was a career path that I could confidently pursue. When I left for my fellowship, the prospect of becoming a musician was a distant fantasy, whereas upon my return, I was ready to plunge in wholeheartedly. My change of heart was not based in any affirmation of skill; on the contrary, I was consistently humbled by veteran musicians and challenging musical styles throughout the year. My confidence was instead rooted in the knowledge that creating music with friends was something I could do with great joy for the rest of my life. The opportunity to spend an entire year exploring new cultures and musical traditions was a massive gift that allowed me to realize it.

There were certainly some commonalities among the Irish, Brazilian, and Turkish styles of playing (mandolin, bandolim, and saz, respectively) but most of them revolved around dexterity and the physical handling of the instrument. In other words, I certainly improved as a mandolinist, but that improvement did not prevent me from getting utterly flummoxed as I moved from Ireland to Brazil, or Brazil to Turkey.

Since I didn’t play much mandolin before the year began, much of my playing and personal style was shaped by my experiences abroad. I am by no means an expert in Irish trad or Brazilian chorinho, but I do attribute many of my rhythmic and melodic tendencies to those two styles. I’m also occasionally allowed, by the band, to play a Brazilian tambourine called the pandeiro as a reward for behaving myself.   -AM

I have to say..your website is very entertaining.  I loved the band member bios.  A plus for creativity. Kudos to Dave for designing the site.  Inquiring minds want to know if he still doodles and names trees.

He certainly doodles, but he’s keeping the tree-naming closer to the vest (sometimes, the vest is literal) these days. Yeah, we’re pretty lucky to have such a design guru “on staff.” –DM

Has your approach to your music changed at all since you got together?  Have you experimented with various sounds so that your style doesn’t remain the same from project to project?

Yep! When we first set out, we’d bring in complete songs from one person and then arrange them for the band.  Things have transitioned more toward collaboration from square one, though usually there’s still one person on a given song bringing in the idea nugget and spearheading the operation. We don’t usually set out to write something explicitly distinct from the previous song because that’s just what happens naturally.  If we start getting into a rut at some point, perhaps we’ll need to consciously shake it up (let us know, okay?).