Anne’s vocals have been described as “organic” and that’s about as perfect a word to describe them as can be found.  Her vocal style is so …  well it’s so ANNE.  Her music has been described as soft pop, smooth blues, and porch folk (whatever that means?) but it’s all Anne.  I’d add upbeat jazz and swinging gospel to the list while we’re at it here.  Anne is a woman for all seasons and all tastes.

To learn more about Anne Heaton, visit her website.

Here’s a lovely video of Anne singing “The Alchemist.”

In a nutshell, what has life been like since you moved from Boston to Chicago?  Many life and lifestyle changes!   Give us a little glimpse into your world these days.

Well we moved to Chicago in early 2011 when Cecilia was 3 months old and now we have another daughter,  Helen who is six months old.  It has been so fun with the girls.  Busy and rewarding in a distinct way.  Everything I did before is also better now because I’m able to appreciate playing music even more.

How did you first get into this singer-songwriter world?

I first got into the singer-songwriter world playing open mikes in New York City.  At the time I had only written a very few songs and I was terrified of performing my own music.  I had sung in a rock band in college and played classical piano since I was 3 years old, but the idea of singing my own words in public was daunting.  I had been singing early American spirituals and gospel music in a choir in Harlem as well as toured briefly with the jazz drummer Max Roach as a vocalist in Europe, but when it came to my own music,  I had intense stage fright.  More accurately I felt extremely vulnerable.  It was at this time that I met Edie Carey, Teddy Goldstein and many other of the songwriters I would learn along aside of.

Your latest CD, Honeycomb, was released last year.  How would you compare it to your earlier recordings?

Honeycomb is my favorite release so far although I do love Blazing Red as well.  Honeycomb returns to some of the upbeat feelings of my earlier records with songs like “Honeycomb” and “The Alchemist.”  Also it lets in the words of people besides me.  For example on it I set a Rumi poem and the Prayer of Saint Francis. 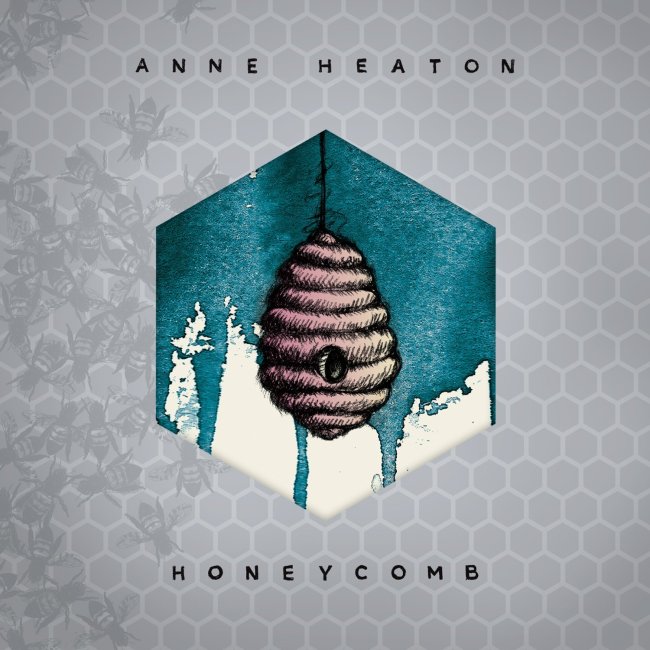 You’re part of a great group called Winterbloom (along with Antje Duvekot, Meg Hutchison, and Natalia Zukerman).  What have you learned about being a part of a group?  How is it different than being your own boss as a singer-songwriter?

In answer to your question about Winterbloom, in some ways it is much easier being part of a group than a one woman show.  On the other hand, sometimes your overall artistic message doesn’t come across as clearly.  Mostly it’s extremely rewarding to be around 3 of your favorite people/best friends and also to be inspired by these women – writers, singers and players who are top notch and really good,  kind humans to boot! I love Meg, Natalia and Antje very much!

What’s next for Anne Heaton?

In terms of what is new for me, I’ve been writing and teaching. I also recorded an album with a poet named Claire Club back when I was pregnant with Cecilia.  It was and still is due to come out this Fall. Unfortunately and very, very sadly,  my friend Claire and her daughter Bess died in a plane crash at the end of this past July. We are still going to release the album because I know it is what she would want: for people to hear it.  It’s beautiful and I’m looking forward to sharing it with people despite the circumstances.

Anne Heaton is playing at the me&thee in Marblehead, MA on October 4.