Louise Mosrie’s transformation into a musician with a keen sense of Southern culture is intriguing since, as she says below, she resisted being part of that very same culture for many years.  She has stories to tell and songs to sing. Louise’s songs are thoughtful – the type of songs that stay with you long after you’ve heard them.  These are the type of songs that meander around your brain and nestle down deep inside your heart.  These are songs that need to be sung and need to be heard.  Spread the word!

To learn a lot more about Louise and her music, visit her website.

Here’s a video of her haunting song, “Leave Your Gun.” 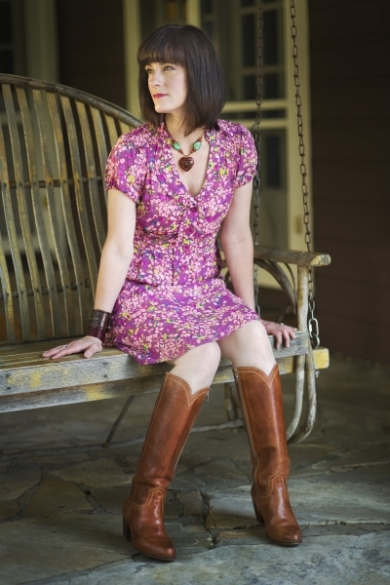 You’ve cited your influences as Nanci Griffith, Alison Krauss, and Lucinda Williams. What have you learned about yourself and your music by listening to their music?

I don’t know that I’ve learned anything about myself through them, but I have certainly learned a lot FROM them. I learned about phrasing and using visuals in lyrics from Nanci. I learned about simplicity and passion from Lucinda and Alison is a lesson in vocal perfection – that I’ll never reach – but she’s an inspiration!

Do you remember the first time you sat down to write a song? Was it a keeper?

Yes I do. No it was not…not even close.

Along those lines, what kind of gigs did you play when you first started playing live?

I played open mics, bookstores, coffeehouses….anywhere they didn’t throw me out.

How would you describe the Nashville music scene?  Is there an inordinate number of songwriters per square mile down there or is that a myth?

The Nashville music scene is diverse. Everyone who doesn’t live here thinks it’s all country, but there’s a rock scene, folk scene, jazz scene, gospel scene and Americana scene but it’s all songwriting all the time. Yes, there are thousands of writers here. It’s very inspiring.

I understand that you’ve been part of a southern rock band called Hirum Hickum.  Is the band still playing?  And are you talking about Lynryd Skynyrd / Marshall Tucker kind of southern rock?  I have to giggle a little bit about this since your bio talks about how your move from Delaware to Tennessee was culture shock and you tried to distance yourself from everything southern.  What brought about the drastic turnaround?

The Hirum Hickum Project is not together right now. It was a great little group of folks focused on songwriting. The guys wrote the music. I wrote the lyrics. It was fun, but our lives just got too busy to keep getting together regularly. We were southern rock with folky lyrics.

Regarding the return to my roots, moving to the south even as a kid was kind of a shock. My parents are British and we moved to the country in middle Tennessee when I was 7. I couldn’t understand what my 3rd grade teacher was saying because his accent was so thick. Plus, I was living in a tiny town attending a tinier school and the food was weird to me. I had never eaten white beans and cornbread let alone turnip greens cooked to gray submission in vinegar. There were many days when I just refused to eat! Now I love white beans and cornbread (but not turnip greens…). All the kids in the school were related to each other (no kidding). I just felt completely out of place and I didn’t want to be southern, so I spent most of my youth pushing against the culture I was living in. But in 2004, I moved back to Nashville from Knoxville and started writing with bluegrass and country writers and discovered that I really did appreciate the southern culture and I finally “got it.” I was “writing what I knew about” which is something I had always heard in songwriting seminars and soon found that I had a lot to say and celebrate about the South. It felt like I had come full circle, which is why that album was titled Home 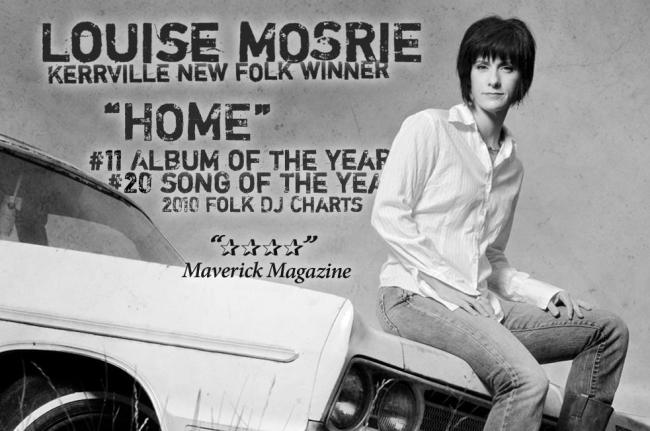 What’s your creative process like?  What makes for a good song?

My creative process starts with an inspired “zing” – which might be a line or phrase that I, or someone else says in conversation and it’s like a little electrical current hits me and I know there’s something there to investigate for a song. Then I might walk around trying to come up with a chorus or a melody in my head without my guitar. I try to work on it without the guitar as long as I can so that it sings easily. BUT, I have also just grabbed my guitar and just started playing on an idea, so who knows? Songs and how they come are magic and mysterious to me. I try not to think about it too much. Don’t want to jinx it.

A good song (to me) has clear, emotionally authentic, inspired lyrics that when combined with a beautiful, singable, crafted melody moves a listener to laugh or cry or both. It’s a spiritual connection to the heart. As Rich Warren of WFMT says, “I want your song to change my life”. I agree! If a song isn’t moving or emotional, then it’s not a good song in my opinion.

I understand that you’re working on a new CD with Cliff Eberhardt.  How would you describe the CD?  How is it different or similar to your last CD, Home?

The new CD (which will be titled Lay It Down), is a very spare production-wise acoustic collection of songs. Cliff chose the songs and arranged them for simplicity and emotional impact. He is brilliant at that! We wanted to make a record that was all about the songs and capturing a performance and not so much about genre. Home was very Americana and I used banjo, mando and dobro throughout. Lay It Down sounds considerably less produced than Home as well as less Americana – no drums, no pedal steel, no banjo. Anna Uptain plays mandolin on one song, but other than that and my guitar, Cliff plays everything on the album. Interestingly, it was harder to make a record that is super simple than to make one with lots of overdubs…I guess because each choice you make seems so stark when you’re not using a lot of instrumentation. I’m very excited about the project and proud of the work we did. It will be out by end of summer/early Fall.

You have some blog postings about your experiences with synchronicity and the lessons that such experiences offer you.  Do you find that if you are open to the universe, that there are more avenues for you to saunter down?  Has this mindful way of living influence your songcraft at all?

Yes absolutely. When I read Eckhart Tolle’s, The Power of Now, it changed my life. The basic idea is to be present and not resist what is. It’s amazing how much we resist what is all day long. It creates so much anxiety! So, if I’m not resisting or judging, I’m open to song ideas and present enough to catch them. If I’m saying “yes” to the present moment, I’m more in touch with my emotions and can become the “observer” and write from there. It also helps with letting go of the outcome and stepping away from my ego. I have no control over who hears my songs and what happens to them. I just try to write the best songs I can and let the chips fall where they may.