After winning last year’s FreshGrass Festival Award last year, this eclectic band has continued to blossom and spread their music up and down and across the Northeast.  Their music falls under the musical umbrella of bluegrass but at the same time they exhibit a bit of indie-rock, old-timey and Americana.  As with most music these days, it’s simply impossible to label a band with one word.  Well, to tell you the truth, we could label this band with one word:–how about “excellent”?

For more information about Cricket Tell the Weather, visit their website.

Here’s a video of Cricket Tell the Weather performing their award-winning song, “Remington.” 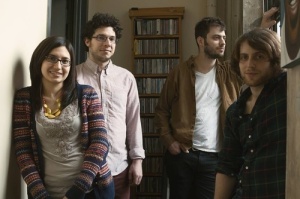 I’ve got to ask—where did the band name Cricket Tell the Weather come from?

Was the genesis of the band created when Andrea and Jason co-wrote a song for the Podunk Bluegrass Songwriting Competition?

The songwriting competition definitely helped launch the idea for writing more songs and putting together a full band. The competition helped award us a grant by the City of Bridgeport to record the song in a professional studio, and we used the tracks to help recruit the original band.

How did the band form?

Andrea and Jason met playing together in a string band in Syracuse, NY. Eventually they moved to Connecticut and NYC, respectively, and found musicians to collaborate with in the local bluegrass communities and festivals. The group of five helped arrange and record the band’s debut album and won the band competition in the 2013 FreshGrass festival. The band has since been touring our original material throughout the northeast, from Pennsylvania to Maine.

Your music is described as progressive bluegrass,  What makes it progressive?

We love traditional bluegrass music and met at bluegrass festivals and jams. When we write our own songs, some come out sounding more like bluegrass than others. The roles of the instruments stay similar as in bluegrass, and the styles of each player are very much informed by the genre, but we let go a lot of the rules of the traditional genre when we’re arranging and playing our own material. What comes out is bluegrass with more jazz, chamber, and indie influence.

We’ve love to know about your debut album.  Tell us about what it was like in the studio

We recorded the album at Signature Sounds Studio in Pomfret Center, CT. It’s a beautiful spot in the quiet corner of Connecticut in an old farmhouse that used to be an artist co-op in the 70s. We worked with sound engineer Mark Thayer and with Wes Corbet as producer. It was our first time in a professional studio and we enjoyed learning about the process and having a few long weekends together to get the tracks where we wanted them. 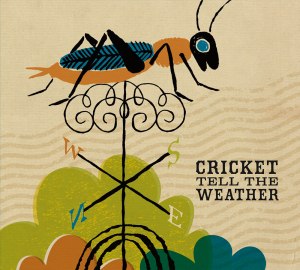 What about the songs on the album.  Are they all originals?

All the songs are original, except for the third track “Who’s That Knockin at My Door?” by Pat Enright, which we played as part of the FreshGrass competition. The remaining tracks are all original, including our award-winning song “Remington”, as well as  songs that are more bluegrass oriented, like “No Big City” and “Rocky Mountain Skies”; softer Americana songs like “Salt and Bones” and “Let it Pass”; and songs with more indie influence like “Embers” and “So Fast So Long.”

I understand that you’ve done some work with kids in schools. What’s that like?  Have you run into situations where it’s the first time that some children have heard bluegrass music.  What’s their reaction?

Yes, we’ve been including workshops and performances for elementary through high school kids in public schools, Montessori schools, and educational arts centers. We’ve found that most kids, from both urban and suburban areas, have very limited experience with bluegrass music, but they enjoy seeing it up close, engaging in singing and dancing, and learning about the many influences that inspired bluegrass–from Irish fiddle to the blues and beyond. Student responses have been overwhelmingly positive to the opportunity to experience more about American traditional music.

What do you have in store for the immediate future and farther off into far away future?  Any band goals?

We are starting to expand our touring schedule and head further south and west with our music. We have many new songs in the works and are excited to start work on our next album.