Rod Picott refers to himself as a lucky guy.  He feels blessed to be able to live the life of a troubadour who travels from town to town singing his songs, seeing the sites, and meeting all kinds of people along the way.  One music reviewer described his songs as “gems that finely balance despair, desire and optimism with dexterity.”  I nodded my head.  That’s it….in one sentence!  As a music fan and as someone who helps to produce a concert series and is very involved with promoting independent musicians, I have to say that there is not much more that one can ask from a musician.  Rod Picott has it all.  He delivers his songs to each and every audience with sincerity in a humble and often self-deprecating manner. His songs resonate in one’s heart long after the last chord has been strummed.

To find out more about Rod, visit his website.

Here’s a video of Rod singing his song “You’re Not Missing Anything” from his latest recording, “Hang Your Hopes on a Crooked Nail.” It’s a great example of how he digs deep and lays his emotions on the line.  Worth a viewing for sure! 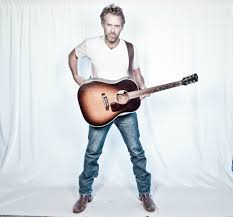 Your music is often labeled as “Americana.”  What does that term me to you?

“Americana is a tricky term. It’s useful in that it’s given a home and a landing place to a lot of musicians who otherwise wouldn’t have a way to describe what they do. It’s tricky though because “Americana” covers so many styles that it doesn’t really describe a genre. People use the term as a genre but I believe it was coined to cover all the American roots music that was sitting outside the mainstream. To me “Americana” means all the roots music that can climb inside that clown car.

You’ve been living in Nashville since the mid-1990s.  Have you seen the music scene change much since you arrived there?

Oh yes, it’s changed drastically. I arrived in Nashville at the end of what Steve Earle famously called “The Great Credibility Scare” of the 90’s. Country music had embraced Lyle Lovett, Steve Earle, Mary Chapin Carpenter, Rodney Crowell and other authentic artists. It’s unimaginable now to think of any of those artists on country radio. There was a brief moment when great smart songwriters were really encouraged and embraced by the mainstream country music industry. I watched that moment pass and blew around in the tail wind of it myself. I was thought to be a very good young writer back in the day and I’m grateful that I caught the last couple years of that time because the song really was the thing when I moved to town. I don’t think that’s the case anymore but I was lucky to breathe some of that air when I arrived in Nashville. It set me on a righteous path so to speak.
According to your biography, one of your earliest breaks was co-writing a song called “Getting to Me” with Fred Eaglesmith.  How did that co-write come about?

I was being courted by BlueWater Publishing so they were having me write with some of their staff writers. Fred was writing for them at that time. I learned more from Fred in that first co-write than I learned from anyone else. It was nerve wracking but exciting. Fred said, “Do you mind being the guy with the pencil?” then walked around my house being brilliant for about 4 hours while I wrote down all the ideas, then we went to lunch and when we came back we had a song. Brilliant guy.

I’ve seen a video of you talking about your first encounter with Fred and your experience driving a 1966 Falcon Futura.  Your latest recording, “Hang Your Hopes on a Crooked Nail” includes a song called “65 Falcon.”  What’s the story with Falcons?  😉

I use my own life constantly in my writing. I had a 66 Falcon. This is how writers work. You use pieces of yourself and the world you walk through in your work. It’s all fair game. We all deny the songs being autobiographical to protect ourselves and because people often don’t understand what a delicate dance it is to explore these things in the sunlight but of course it’s autobiographical…and not…

You spent many years working in the construction business.  I understand that sheetrock and drywall were your specialties.  You’ve got a song called “Sheetrock Hanger” … do you have any other Rod Picott work-related songs?

Not as specifically as “Sheetrock Hanger” no. That one is right out of my life.  Work appears in a lot of the songs though. “Rust Belt Fields,” “Wrecking Ball,” “Welding Burns” all have work as a pivot in the song. Work is such a big part of our lives that I’m drawn to explore it. The work you do is a huge part of how you see yourself, isn’t it? I’m fascinated by how people see themselves and how your environment and choices and history play a part in how a person feels walking through the world. My father comes from a fairly rough background though he doesn’t see it that way, it was just his experience you know? I’ve watched how his experiences play out for him for years. We never get far from where you come from, do we? You can move across the globe but you are still that kid with dirty knees and a black eye if that’s who you were. You can put on a suit but it doesn’t change you really, does it?

You toured for a while as the opening act for Alison Krauss and Union Station. Did you learn a lot from that experience?

I learned how things work at that level. The whole band was very relaxed and confident and they were all honestly very kind to me. I didn’t even have a record out at the time. Alison gave me great advice about my voice and singing that I still think about today. Not that she sat me down and gave me lessons but when a singer with that kind of talent says something to you about your voice you listen. They worked. They warmed up. They were aware of each other. There was no one upping each other. They were a wonderful smart bunch of people and more fun than you would expect from how somber most the music is.

You’ve known Slaid Cleaves for most of your life. You played music together as kids.  He’s been living a full-time music life for a lot longer than you have.  Did he encourage you to take the plunge and get out on the road to share your music?

No, to be honest he told me for a long time that I shouldn’t sing. Slaid’s a very good singer just naturally. He could sing sort of effortlessly even as a kid and I’m the other guy. I worked very, very hard to find how my voice could work for me. I don’t have that natural skill in my blood. Back when we were younger we were quite close at times and not as close at times, like any friendship goes over many years. All along the friendship, however, we’ve been very honest with each other and that has helped the co-writing to be very effective over the years. Most, though not all, of our strongest songs have been written together. I think that comes from the level of honesty and also that we have slightly different skills as writers that seem to fit like puzzle pieces. So, no Slaid was not a champion of my career as a performer as I started. Having said that, he was very gracious when he saw I wasn’t going away. He used to have me open shows for him quite a lot in the early days which was very helpful to me in finding my footing.

Your songs definitely reveal a depth of insight about the human condition.  Are you inspired to write by everyday moments that resonate within you? You have such an eye for detail, I can’t help but think that you are an accomplished people-watcher!

That’s a very kind thing to say. Finding the greater resonance in the common is my reason for writing. There’s nothing more beautiful to me than a when a writer finds a way to say something big using something small. This is the true love of my work life. Yes, I’m a people watcher and I love a well-placed detail. I’m also interested in how words feel if you know what I mean. Words have moods…
You’ve admitted that most of your songs are not the happiest of songs. Do you think that typical acoustic music fans are drawn to introspective lyrics?

I think there is a huge range there. I’m not sure Bela Fleck’s biggest fan would be drawn to introspective lyrics but maybe… I do think that people rolling around in this scene tend to be very bright and curious. I’m always amazed at the interesting and incredibly bright people I meet at shows. I love seeing people’s passion for music, it’s a thing I understand. I’ve been obsessed with songs and songwriting for most of my life. I’m drawn to art that has a certain weight to it. That doesn’t mean I don’t have a sense of humor, that’s there as well. But as a rule I’m interested in thoughtful explorations of life and how we walk through our lives, how we see ourselves and what that feels like.

What’s next on the horizon?

Hopefully I’ll be recording a new album in January and then I’ll change the tires and go again…I love this work. I hung sheetrock for 18 years and I’m grateful every day I get to do this for a living. I fought hard for a long time to get here, to find my voice as a singer and a writer and I feel incredibly lucky…