Reverend TJ McGlinchey has his musical paws all over the place.  He’s in multiple bands, hosts an open mic, is helping to develop some new music social media…and, oh yeah, he officiates at weddings on the side.  Last year he got chosen to play the main stage at the Philadelphia Folk Festival  because he won a songwriting competition.  His wish to play at more folk festivals is coming true with his selection as an Emerging Artist at Falcon Ridge Folk Festival.

Falcon Ridge is celebrating its 25th anniversary the first weekend in August and the Emerging Artist showcase is always one of the highlights of the festival. The musicians are chosen by a three-member jury and are given the opportunity to perform two songs (not to exceed ten minutes).  The audience votes for their favorites and three or four acts are asked to return to the main stage the following year.

To learn a whole lot more about Reverend TJ McGlinchey, check out his website.

Here’s a video of Reverend TJ McGlinchey singing “Too Much.” 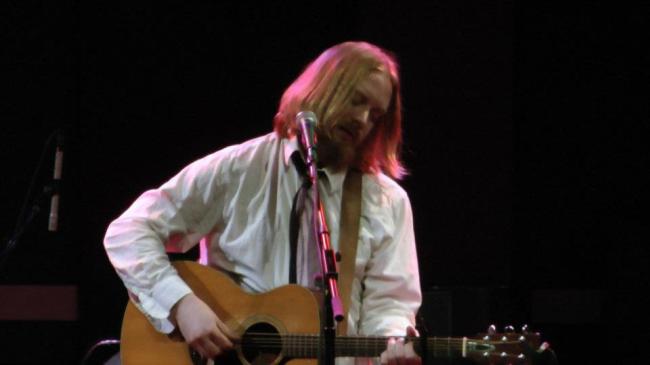 Your bio says that your dad was a bluegrass musician. Was he the one who put a guitar in your hands for the first time? If so, at what age?

Dad always played when he got from work. I remember songs like “Freight Train” and “Grandfather’s Clock.” There was always a guitar around to pick up and mess around with. I started with piano around ten years old, and then strummed a guitar, and then one year for Christmas I got an electric bass guitar. My older brother and I would jam on parts of Metallica and Nirvana songs.

Then you joined a punk band.  Tell us about that experience.  Was it an anarchist / angry at the world type band?

When I reached ninth grade I switched from Catholic school to public school. I went from a class of about 30 kids per grade to a class of about 1000 kids for my freshman year. As a bass player I was quickly recruited into three bands, two punk rock, and a classic rock cover group. It was interesting because I’d go from rocking out Led Zeppelin tunes in a basement to playing punk songs about a drunken Santa Claus in a park in North Philly, all before I turned 17.

And now you’re playing at folk festivals.  Last summer you played at the Philadelphia Folk Festival as one of the winners of a Philly Folksong Society contest.  After having attended that fest as a young kid, how did it feel to be up on the stage?

This year will be my 30th year in attendance at PFF. Last year was amazing. To be playing on the Main Stage was like a dream come true. It was like a homecoming and a birthday and New Year’s all in one. 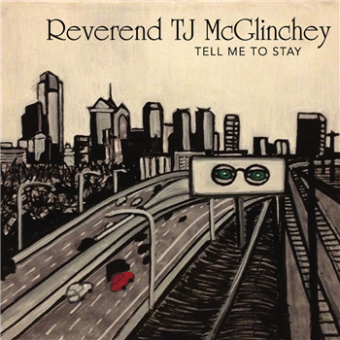 Your sound is very eclectic.  Do I hear hints of reggae and New Orleans r&b / jazz?

You could definitely say that. I tried to utilize styles that I consider to be part of our American culture. So you’ll hear things from Blues and Jazz to Salsa and Reggae.

Do you always play with such a big band or do you sometimes venture out alone as a singer-songwriter?

I do both. More frequently you’ll see me doing solo gigs around Philly. I try to do at least one full band show once a month in different areas. Mostly it’s a quartet, sometimes I bring a three piece horn section.

You host an open mic in Philadelphia.  Do you find this a good way to network and get to know other established and not-so-established musicians?  Have you ever been totally blown away by someone who wandered in?

I host the Monday night Open Mic at The Grape Room in Manayunk. It’s always a good mix of talents and styles. I’m a big proponent of open mic’s. It’s how I got started playing and writing. I’ve seen many developing and talented performers but one night I met a lady named Paige Allbritton who just captivated the whole bar with her voice and style and afterward I informed her that I would be her bass player and that we would now be looking for a drummer and forming a band. She accepted. Almost two years down the road we have a recording in the works and should have a CD release in the fall.

I’ve gotta ask—are you a Reverend?  Or is that just your musical nom de plume?

A. I am an ordained minister. I marry people. Most recently I presided over the union of my younger brother and his wife. It also makes a good stage name.

What’s next for TJ McGlinchey?

I’m planning a small tour in the recent future along the East Coast. I’d like to continue to play more festivals and get in front of new audiences. A goal of mine is to open for some national acts when they come through Philadelphia. In addition to the record with Paige there are a couple of other groups I am privileged to be a part of. A Fistful of Sugar is a band that I play guitar in and we are currently recording a studio album which should come out this fall. I’m also working on a new project called Lovers League which is a joint venture between myself and my friend Dani Mari. We’re recording an EP of original duets that’s also slated for the fall. A lot of great original music in the very near future. I’m also part of the marketing team forwww.hearo.fm which is a new social network for musicians. We’re in beta now and expanding in the coming weeks so get in on the ground floor and be part of a new avenue into the music world.