Greg Klyma has been described as a “seasoned” performer.  I like to think of him as “a man for all seasons.”  He’s a guy who is a constant music-making machine…a music-making machine who writes terrific tunes, plays a plethora of instruments, and tells a damn fine story.  I’ve had the pleasure of seeing Greg many times — in many different configurations — over the years.  Solo.  Duo.  Accompanist. Rocking hard with a band of his own.  He never ceases to amaze me.  He makes it all look so effortless.  He’s an intelligent player who knows how best to present the music at hand—his own or other’s.  He’s a generous player whose contribution to other’s music enhances each song in just the right way.

Greg’s newest CD, Another Man’s Treasure, may be his best yet.  He’s raised the ante with this one and it certainly has whet our appetite for more treasures from Greg.

To learn much more about Greg, visit his website.

Watch Greg tell a poignant story and sing the song “New Clothes” on this video.  This, my friends, is just  one more example of why I put my energy into promoting music.  Music heals.  It really does. 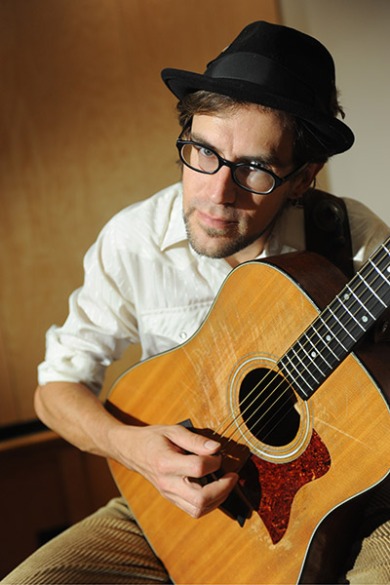 Tell us all about your latest release, Another Man’s Treasure.  It’s been getting great radio airplay which makes me do all kinds of crazy happy dances.

I love crazy happy dances. Thank you. Yeah, it was in rotation on WUMB for a while and recently got added to rotation on The Village on Sirius XM. All very exciting!

Another Man’s Treasure was funded by fans through my first attempt at crowd sourcing. It was amazing. We reached our goal a full week before the deadline. Then, on two glorious days in June 2013, me and 7 friends gathered at a barn-turned-studio in Eden, NY. Some had driven in from Boston, a couple live in Buffalo, the organ player drove up from Central PA by way of a wedding in Indiana, and another flew in from Houston, TX. On Day 1, we tracked 10 songs over 13 studio hours; on Day 2, 6 more songs in 8 hours. All on 1″ analog tape! The 16 songs were mixed down and we found the 12 songs that made for the best album. I couldn’t be happier with the sound, vibe and feel of this project. It’s awesome.

One track that stands out is actually not written by you but you definitely made the song your own.  What inspired you to give “You Are My Sunshine” such an interesting and plaintive take?

You told me once dear, you truly loved me and no one else could come between. Now, you’ve left me for another. You have shattered all my dreams. She “shattered” all his dreams. This makes way more sense in a minor key, yes? 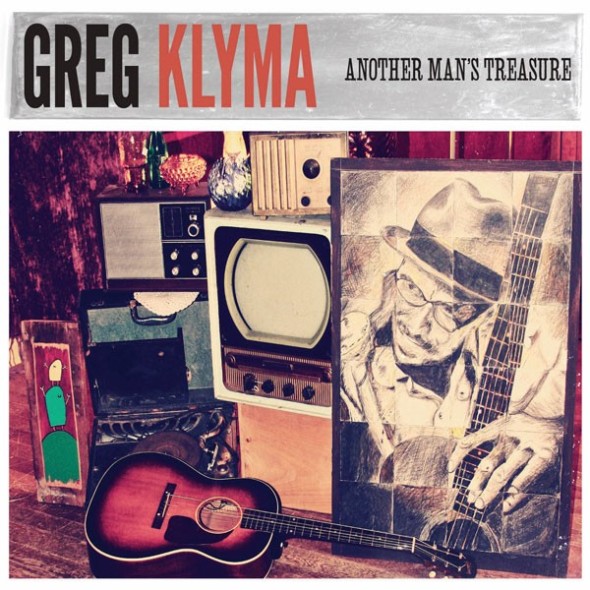 The production of the album is really spectacular.  There’s a lot going on and it’s all so tight. Did you produce it or did you work with someone else on it?

It was an interesting experiment. I’ve played a lot of gigs with Ryan Fitzsimmons here in Boston and on the road. I’ve played a lot of gigs with Jim Whitford in and around Buffalo. I’ve gigged with Mark Whitaker and Jeff Gaynor and Chris DeSanty. I had played with everyone, but some of these talents hadn’t met until two glorious days in June 2013. So, they all brought gig experience familiarity to the songs, but there was this freshness and excitement of playing this music with new talented friends. Everyone clicked! It was perfect. Ryan Fitzsimmons and I produced it. Ryan was particularly helpful when it came to mastering and sequencing the album. I nearly left “Scream” off the album. Ryan fought for it. It was a great call.

You’ve created a lively scene called Americana Mondays at P.A’s Lounge in Somerville.  Do you generally play with the same band every week or do you have guest musicians sit in and mix it up a bit?  What’s your favorite part of playing gigs like this?

It’s lively. People dance. People drink and laugh and sing along. I get to play material that doesn’t suit my folk show. I love that I get to stretch out at Americana Mondays and play some lead guitar or mandolin – I can’t do this in a solo performance. Some weeks, Americana Mondays are me and the core band featuring upright bass, fiddle, pedal steel, and guitar with my apologies to all the talented drummers I know. Other weeks, I’ll see a friend in the audience like Jenee Halstead, Susan Cattaneo or For the Sake of the Song’s Patrick Coman, and ask ’em up to play a couple songs. You just never know what shape a night is going to take on. We’ve recently had guitar ace, Jim Scopa, play lead with us for a whole set and Dinty Child of Session Americana was in the band for a night. It’s a growing community. We’re lucky.

One of your many talents, beside playing a multitude of instruments and writing fine songs, is that you are a most excellent storyteller.  It’s clear to me that you craft these stories very carefully and choose the correct words and phraseology to set a tone for the tale you’re spinning. Have you always had a penchant for storytelling?

You spend an awful lot of time in your car when you tour.  Do you listen to music, NPR, audiobooks, or all of the above?

Most of the time, I don’t listen to anything. With the constant low hum of wheels on asphalt and all the time I spend surrounded by sound, I tend to give my ears a break. I do like All Things Considered for checking in on the news and I do have the iPod nearby should I need a fix of Hank Williams or Tom Petty. By and large, it’s a great opportunity to see things and think on other things. I’m more of an introvert than many people want to believe and I really value that alone time.