It seems that Jonah Tolchin is everywhere!  He’s become one of the media’s darlings this year.  The release of his latest recording, Clover Lane, has attracted a good deal of attention.  He was signed to Yep Rock Records and has been touring all over the country.  And he’s a newlywed!  Yes, we’d have to say that 2014 has been a good year for Jonah Tolchin.

You may recall Jonah’s appearance at the me&thee last January when he opened for the legendary Chris Smither.  He impressed many and we knew that we wanted to have him back sooner than later.  His alliance with Yep Roc made that wish come true since Mandolin Orange (also on Yep Roc) added him to their show at the me&thee on October 3. 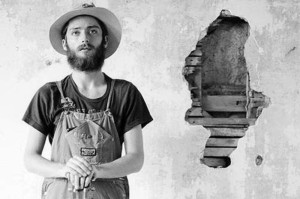 Here are some recent articles about Jonah:

He was chosen as Writer of the Week by American Songwriter.

Jonah made an appearance at the recent Americana Festival and got written up by NPR Music.

If that’s not enough, he was even asked to give a Tedx Talk at the Northwood School about making your own path ln life.