I’ve been an admirer of Jeff Black’s music since the very first time I heard his music on the radio about ten years ago.  Then I had the joy of digging into the back catalog of his music and discovering his early material. One of the most wonderful things about finding a new artist is that you get to play “connect the dots” and see who that artist has played with, been covered by, or any other number of cool tidbits of information.  I got to learn more about Sam Bush, Waylon Jennings, Dierks Bentley, and Jerry Douglas through Jeff Black. They all covered his songs.

There’s a lot to learn about Jeff Black by visiting his website.  In addition to reading all about him, you can also listen to a number of podcasts in which he shares some rare recordings of his music.

Here’s a good example of Jeff Black in concert in Nashville—playing one of his signature songs, “Gold Heart Locket.”

If you had to describe your music in one sentence, what would you say?

Who were your early influences?   Who inspired you as far as songwriting is concerned?  Do you any guitar (banjo, piano, etc.) heroes?

My earliest influence was of course the transistor radio. Big on the list was my brother’s record collection which included imports from his time in Okinawa- Guy Clark, Billy Callery, the lyrics of Bernie Taupin. I can’t exclude a powerful influence my sister had by her mail order Reader’s Digest purchases of albums “great country ballads by a great country stars”

Artists like George Morgan, Little Jimmy Dickens, and a parade of Nashville icons. I was influenced by the great songwriting and production skills on an album that I still have in heavy rotation Sly and the Family Stone’s Greatest Hits. After I read Bound for Glory, we got Woody and all of the satellite artists around him – Leadbelly Pete Seeger,  Ramblin’ Jack Elliott etc. were explored and put into the library as well.

The music  business is filled with ups and downs.  Can you recall the first real “UP” that you had — when you were buoyed and fulfilled so much that you knew that you had made the right choice to follow your dream of being a singer-songwriter?

Byron Jones was a local Opry star in the Kansas City area – and through a songwriter’s night I met him. He invited me to come and play with his band at the famous Possum trot down in the Kansas City stockyards. When I was about 14, it looked like there were at least 10,000 people there although I’m sure those numbers are inaccurate 🙂

There is an epiphany that happens when you start connecting with people through music, conversation, art and actions – I played a show with Nanci Griffith at the Folly Theatre in Kansas City and not long after that opened a show for Guy Clark right before I moved to Nashville and it was like the universe was giving me the green light. I am a very fortunate man.

You’ve also talked about the life of a traveling musician and how difficult it can be.  How do you keep a sense of humor about the crazy music business?

​If I don’t perform my songs live, if I don’t get a chance to play my guitar and try to make that connection on a regular basis, something feels wrong inside. The crazy music business is just that – and infinite learning process particularly for independents and I found the best way to deal with the crazy music business is to learn how to operate as an independent as successfully as you can. It’s much different now than it was before the Internet. That’s the only way to deal – empower yourself.

I’ve heard some songwriters tell tales about writing a song in a very short period of time–10 minutes or so.  Have you ever had the experience of a song popping out of you extremely fast?  Were you ready to catch it or were you driving down the highway and missed it?

Yes I’ve been lucky like that a few times – I would say the “Carnival Song” that I had written for my great old friend Jack Banister after he passed away. Waylon Jennings recorded that song many years later and it changed my life. 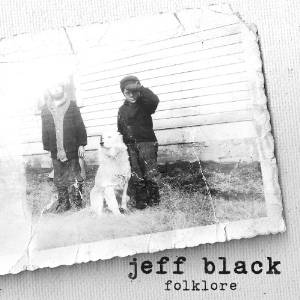 The liner notes for your last recording,Folklore, are quite poignant.  I love how you talk about some of your family history and describe the photo of the two young boys and the dog that your grandmother took circa 1930 that appears on the cover of the CD.  The composition of these liner notes reveals a lot about you and how you approach your art.   How did your love of music and writing get instilled in you at an early age? How did you realize that art was not something to take for granted?

The gift of music was instilled in me by my father. And not from a first-hand lesson, but rather the stories he told about my grandmother playing piano in church and his experience is playing tenor banjo with my uncle while they were working to survive as young boys during the depression.

I spent a long time this week listening to your BlackTuesday podcasts and enjoyed them tremendously.  Tell us about them and how they came about.

The podcasts were started with the need for me to create an outlet for my writing which seems to run a little faster than the machinery of releasing a traditional album. They were also created as a format to stay connected in between traditional releases and allowed a stage for me to experiment​ and share new songs and song demos – even with shaky legs…

Do you have any musical career aspirations that you have yet to achieve?

​I’m not sure – I think I’m getting better at measuring success and that’s a big one in our society. My son is a super bad a&%! bass clarinet player and my daughter Zuzu wrote a song the other day that blows a lot of mine out of the water – that’s what every parent hopes for. So, to answer your question, I guess there’s not a musical career aspiration ​that’s going unfulfilled ​except for I am thinking about learning to play the fiddle and I’d like to keep working on being a better songwriter.